The Making Moves Team are proud to be the Tenant’s Heroes. We will always support any ideas, legislation or 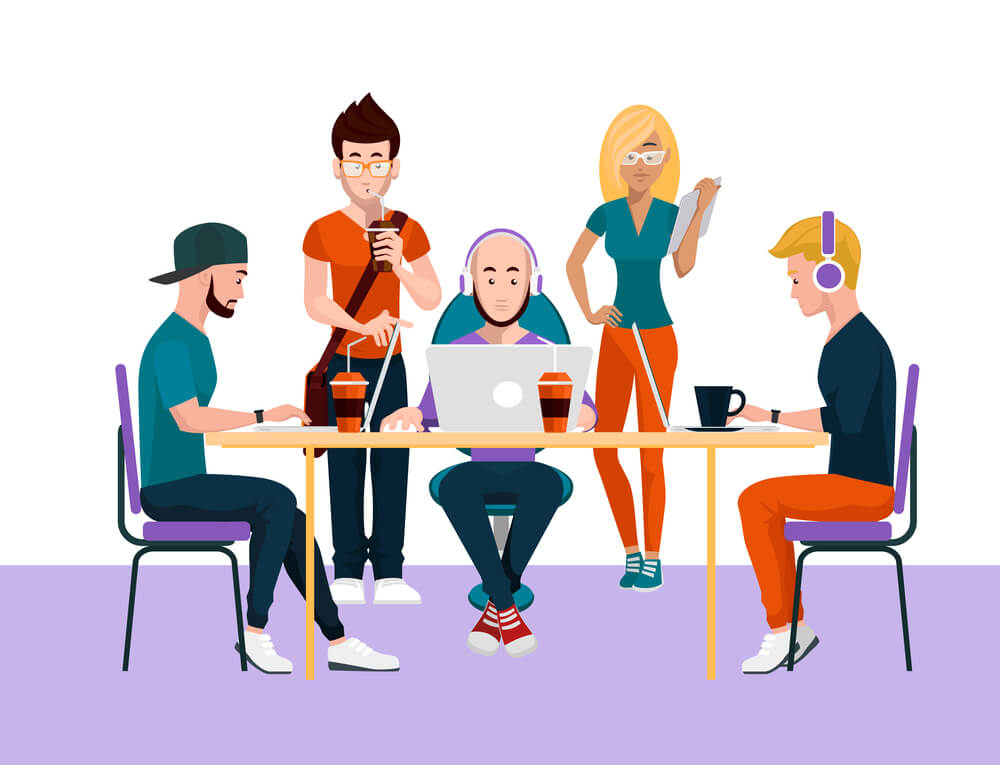 The Making Moves Team are proud to be the Tenant’s Heroes. We will always support any ideas, legislation or working practices that will benefit companies in their working environment. We also want to innovate and push the boundaries of the property industry to improve and simplify the process of acquiring a new office.

We are however here to advise our clients on the pitfalls of the industry to ensure they are protected and do not make costly mistakes which could impact on staff and the running of their business.

One such area of concern, which is very topical in the Making Moves office at present is the trend of desk sharing. To explain this concept, it’s probably best to set the scene through a scenario, so here it goes…

Company A take a lease from a Landlord on a new office. They decide that they do not need to occupy all of the space from Day 1, so they advertise availability of the spare desks in their office. Company B are a start-up firm on the hunt for new offices. They need 4-5 desks and want the space as cheap as possible. Company A meet Company B and decide that Company B can use the spare desks on a temporary basis within Company A’s office. A rent is agreed and an agreement is signed. Company A are happy as they have offset part of the cost of the office. Company B are over the moon as they have found their first office at a beneficial rate without any hassle. Bingo for all parties involved!

This all sounds great so far, but there is a huge ‘elephant in the room’ which to date has been massively overlooked by desk sharers and could potentially lead to considerable issues for both Company A and B further down the line.

Whilst we wish the process was straight forward, desk sharing is not quite as simple as it seems. The majority of property leases in the UK allow for an element of sharing space with another party or letting the entire space to another business. This is known as sub-letting. There is often a restriction on the number of sub-lets allowed within one office. Consent for a sub-let must be obtained from the Landlord in the majority of instances. This is a costly process which will normally requires the use of lawyers to document proceedings.

Where the key problem lies is that the majority of UK leases do not cover the concept of Desk Sharing. At present, unless permission is granted through the Landlord, then the desk sharers are illegitimately working from an office where they have limited contractual rights. If the Landlord is made aware, then this is more than likely going to mean an exit from the office for Company B immediately. Not great for the new startup who just want to focus on developing their product and not on moving office again. There are also implications for Company A who are in theory in breach of their lease and could (in a very worst case scenario) be asked to vacate the premises.

Well there’s the bad news. The good news is that the Making Moves Team are doing their very best to make changes to property leases to accommodate concepts such as desk sharing. If you are a company represented by Making Moves then we now negotiate with any Landlord to have a clause contained within your lease allowing an element of desk sharing within your offices. This is a brand new concept from the Tenant’s Heroes and we will keep you up to date with progress on how Landlord’s respond.

At present, Landlords need educating on the concept and comfortable with the process. I am sure with time that the majority of property owners will not have an issue with desk sharing, but as ever, we just need the archaic legal side of property to catch up with the rest of the world and then I believe this will become the norm.

It is important that Landlords start to adapt to the needs of growing business’ who require flexibility and do not want to sign up to extended and restrictive lease terms. The idea of allowing a young start up business the opportunity to work within an office environment at relatively low cost, whilst allowing another occupier the chance to offset the astronomical costs of renting an office in London seems to make sense.

In the words of Mike Skinner from The Streets ‘Lets Push Things Forward!’